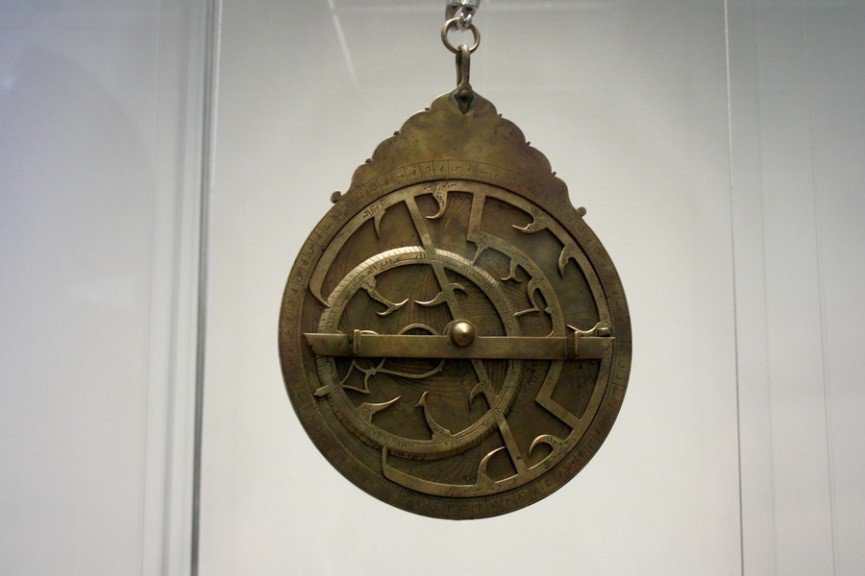 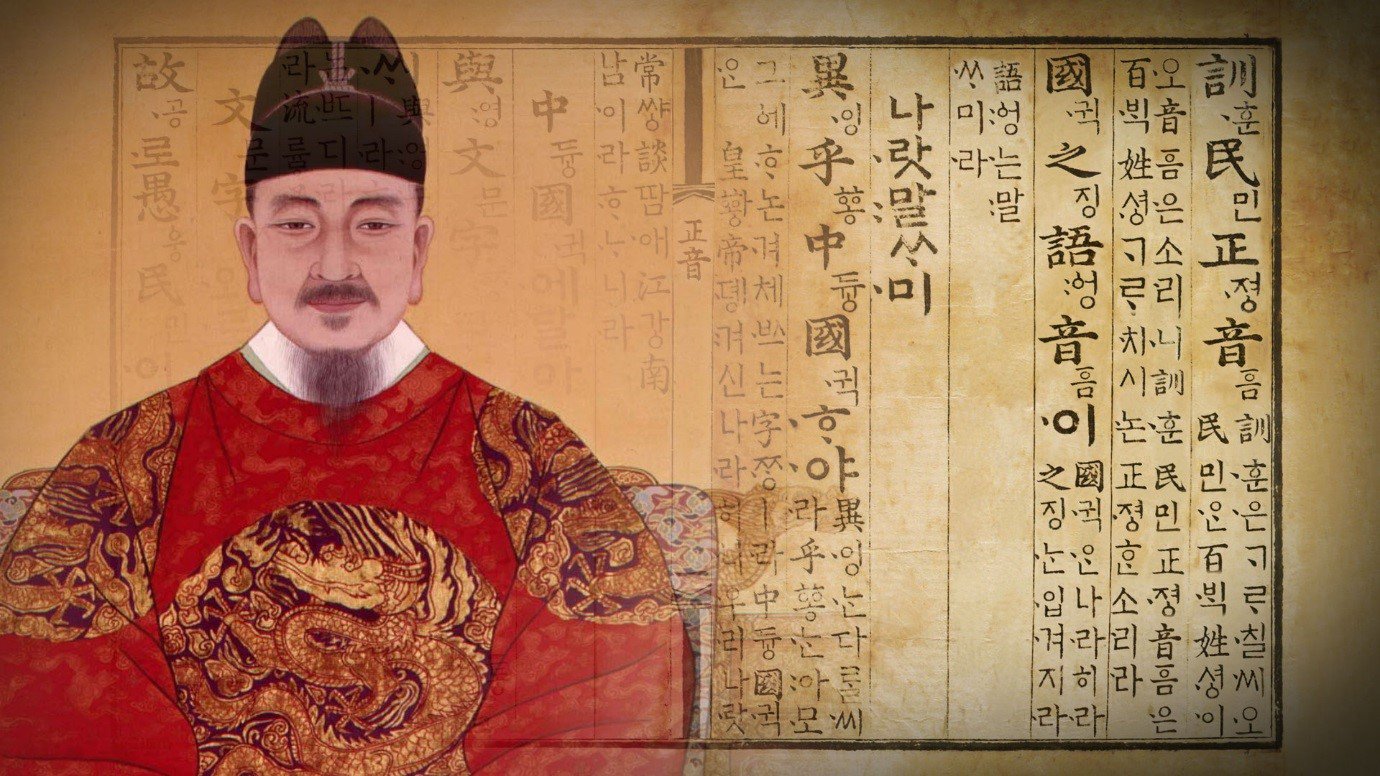 Facts of Sejong the Great

The third of the royal couple’s four sons, Sejong impressed all of his family with his wisdom and curiosity. The King was a quick learner and also loved science and technology, so he introduced a number of organizational and technological improvements to his kingdom’s military forces.

King Sejong was interested in science and technology  and supported a number of inventions or refinements of previous technologies. Several scientific devices sponsored by King Sejong included the first rain gauge, sundials, unusually accurate water clocks, and maps of the stars and celestial globes. In 1420, he established an academy of 20 top Confucian scholars, called the Hall of Worthies, to advise him. He sent young scholars to a mountain temple, where they read books on a vast array of subjects that included astronomy, medicine, geography, history, the art of war, and religion. To aid the common people, Sejong established a grain surplus of approximately 5 million bushels of rice. In times of drought or flood, this grain was available to feed and support poor farming families to help prevent famine.

King Sejong is best remembered for the invention of hangul, the Korean alphabet. In 1443, Sejong and eight advisers developed an alphabetic system to accurately represent Korean language sounds and sentence structure. King Sejong’s health began to decline even as his accomplishments mounted. Suffering from diabetes and other health problems, Sejong became blind around the age of 50. He passed away on May 18, 1450, at the age of 53. 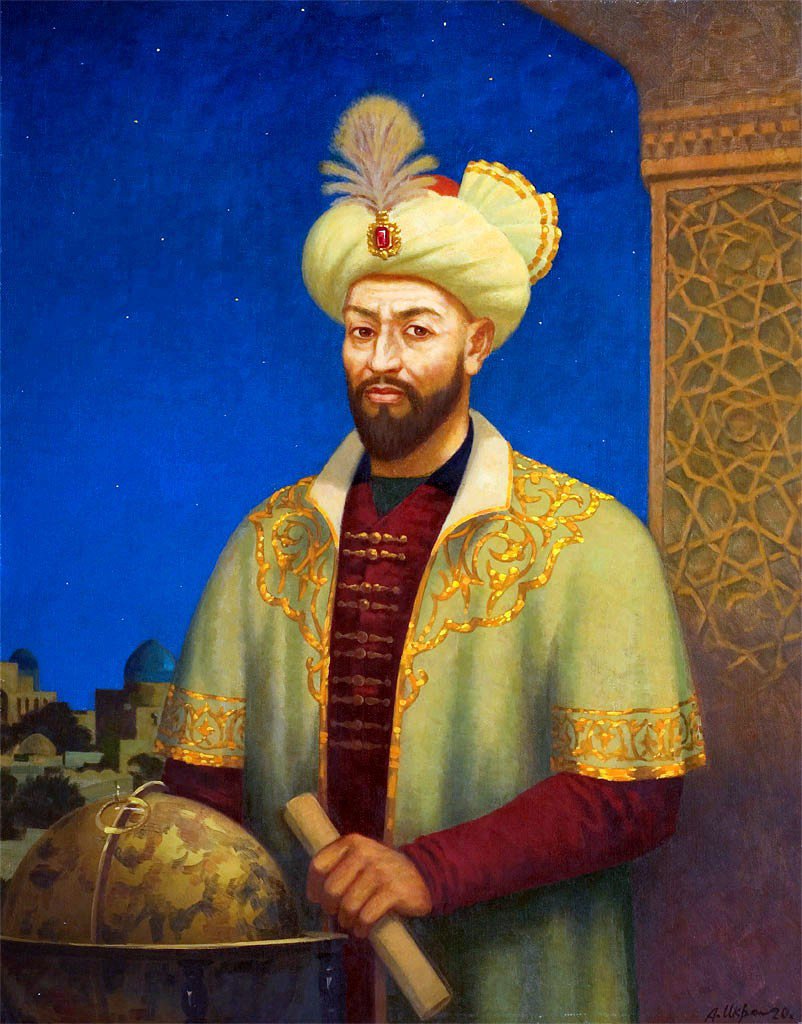 Mīrzā Muhammad Tāraghay bin Shāhrukh, better known as Ulugh Beg (March 22, 1394 in Sultaniyeh, Persia – October 27, 1449, Samarkand, Uzbekistan), was a Timurid sultan, as well as an astronomer and mathematician.Ulugh Beg was notable for his work in astronomy-related mathematics, such as trigonometry and spherical geometry, as well as his general interests in the arts and intellectual activities. It is thought that he spoke five languages: Arabic, Persian, Turkic, Mongolian, and  Some Chinese. During his rule (first as a governor, then outright) the Timurid Empire achieved its cultural peak through Ulugh Beg’s attention and patronage. Samarkand, which was captured and given to Ulugh Beg by his father Shah Rukh, became the headquarters of Muslim culture.

He built the great Ulugh Beg Observatory in Samarkand between 1424 and 1429. It was considered by scholars to be one of the finest observatories in the Islamic world at the time and the largest in Central Asia. Ulugh Beg was subsequently recognized as the most important observational astronomer from the 15th century by many scholars. He also built the Ulugh Beg Madrasah (1417–1420) in Samarkand and Bukhara, transforming the cities into cultural centers of learning in Central Asia. However, Ulugh Beg’s scientific expertise was not matched by his skills in governance. During his short reign, he failed to establish his power and authority. As a result, other rulers, including his family, took advantage of his lack of control and he was subsequently overthrown and assassinated.

The teenaged ruler set out to turn the city into an intellectual center for the empire. Between 1417 and 1420, he built a madrasa (“university” or “institute”) on Registan Square in Samarkand (currently in Uzbekistan), and he invited numerous Islamic astronomers and mathematicians to study there. The madrasa building still survives. Ulugh Beg’s most famous pupil in astronomy was Ali Qushchi (died in 1474). Qadi Zada al-Rumi was the most notable teacher at Ulugh Beg’s madrasa and Jamshid al-Kashi, an astronomer, later came to join the staff. He was also famous in the fields of medicine and poetry. He used to debate with other poets about contemporary social issues. He liked to debate in a poetic style, called Bahribayt among local poets. According to the Russian medical book Mashkovskiy, Ulugh Beg discovered a mixture of alcohol with garlic, apparently preserving it to help treat conditions like diarrhea, headache, stomachache and intestine illnesses. He also offered advice for newly married couples, which indicate recipes containing nuts, dried apricot, dried grape etc. He claimed these to be useful to increase men’s virility. This recipe was given in Ibn Sina’s books also.

From an early age, astronomy piqued his interest after he paid a visit to what was still present of the Maragheh Observatory located in Maragheh, Iran. This is the observatory where the well-known astronomer Nasir al-Din al-Tusi practiced.

Ulugh Beg Observatory in Samarkand. In Ulugh Beg’s time, the walls were lined with polished marble.

In 1428, Ulugh Beg built an enormous observatory, called the Gurkhani Zij,[citation needed] similar to Tycho Brahe’s later Uraniborg as well as Taqi al-Din’s observatory in Constantinople. Lacking telescopes to work with, he increased his accuracy by increasing the length of his sextant; the so-called Fakhri sextant had a radius of about 36 meters (118 feet) and the optical separability of 180″ (seconds of arc). The Fakhri sextant was the largest instrument at the observatory in Samarkand (an image of the sextant is on the side of this article). There were many other astronomical instruments located at the observatory, but the Fakhri sextant is the most well-known instrument there. The purpose of the Fakhri sextant was to measure the transit altitudes of the stars. This was a measurement of the maximum altitude above the horizon of the stars. It was only possible to use this device to measure the declination of celestial objects. The image, which can be found in this article, shows the remaining portion of the instrument, which consists of the underground, lower portion of the instrument that was not destroyed. The observatory built by Ulugh Beg was the most pervasive and well-known observatory throughout the Islamic world. With the instruments located in the observatory in Samarkand, Ulugh Beg composed a star catalogue consisting of 1018 stars, which is eleven less stars than are present in the star catalogue of Ptolemy. Ulugh Beg utilized dimensions from al-Sufi and based his star catalogue on a new analysis that was autonomous from the data used by Ptolemy. Throughout his life as an astronomer, Ulugh Beg came to realize that there were multiple mistakes in the work and subsequent data of Ptolemy that had been in use for many years.

Using it, he compiled the 1437 Zij-i-Sultani of 994 stars, generally considered the greatest star catalogue between those of Ptolemy and Tycho Brahe, a work that stands alongside Abd al-Rahman al-Sufi’s Book of Fixed Stars. The serious errors which he found in previous Arabian star catalogues (many of which had simply updated Ptolemy’s work, adding the effect of precession to the longitudes) induced him to predetermine the positions of 992 fixed stars, to which he added 27 stars from Abd al-Rahman al-Sufi’s catalogue Book of Fixed Stars from the year 964, which were too far south for observation from Samarkand. This catalogue, one of the most original of the Middle Ages, was first edited by Thomas Hyde at Oxford in 1665 under the title Tabulae longitudinis et latitudinis stellarum fixarum ex observatione Ulugbeighi and reprinted in 1767 by G. Sharpe. More recent editions are those by Francis Baily in 1843 in vol. xiii of the Memoirs of the Royal Astronomical Society and by Edward Ball Knobel in Ulugh Beg’s Catalogue of Stars, Revised from all Persian Manuscripts Existing in Great Britain, with a Vocabulary of Persian and Arabic Words (1917). In 1437, Ulugh Beg determined the length of the sidereal year as 365.2570370…d = 365d 6h 10m 8s (an error of +58 seconds). In his measurements over the course of many years, he used a 50 m high gnomon. This value was improved by 28 seconds in 1525 by Nicolaus Copernicus, who appealed to the estimation of Thabit ibn Qurra (826–901), which had an error of +2 seconds. However, Ulugh Beg later measured another more precise value of the tropical year as 365d 5h 49m 15s, which has an error of +25 seconds, making it more accurate than Copernicus’s estimate, which had an error of +30 seconds. Ulugh Beg also determined the Earth’s axial tilt as 23°30’17” in the sexagesimal system of degrees, minutes and seconds of arc, which in decimal notation converts to 23.5047°.